Were you under the impression that the Internet only works thanks to satellites? Well, that is not exactly right. The global Internet is also powered by a vast undersea cable network. We are familiar with the digital world nowadays, however, there are still some questions that arise. For example, how are Internet cables installed underwater? Is it the only way to connect continents? Are cables cheaper than satellites? What happens if a shark bites into the cable - will we no longer have Netflix? Read on to find out the most incredible facts about the deep sea cables that connect the Internet. 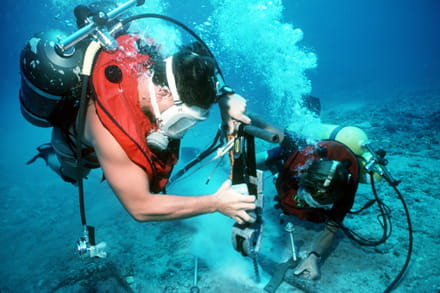 The Internet Is Still Cable-Based

Even if you think that the Internet has long since become wireless and satellite-based, this is not quite the case. There are more than 380 underwater cables in operation around the world, taking over 1.2 million kilometers (745,645 miles). Most of them are provided by web giant corporations such as Google, Facebook, Amazon, etc. Cables connect continents together and work like a huge computer motherboard. Natural catastrophes, such as hurricanes and earthquakes could also break cables and then the continents would be separated for some time. This was the case in 2012 with Hurricane Sandy or with the earthquake in Taiwan in 2006.

How do Cables Get Installed Underwater?

Cables are laid with special boats called cable layers, which lay them on the flat surfaces deep in the ocean to reduce the chance of them being damaged. They tend to avoid coral reefs, sunken ships, boat anchors and big fish. The deeper the cable is laid – the thinner it is, because there is not so much happening 7000 miles below the sea. On the other hand, the diameter of a shallow water cable is similar in size to a gallon water bottle, making it solid and resistant. Generally, cables are wrapped in copper and urethane, but those located in more dangerous zones are covered in extra plastic, kevlar armor plating, and stainless steel to ensure they do not break. The average lifecycle of an internet undersea cable is 25 years. 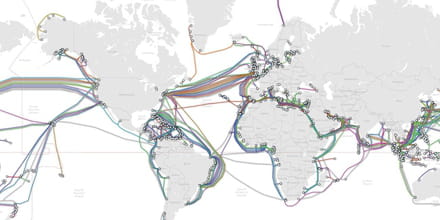 Do Sharks Eat Our Internet?

It might sound funny, but it is true: sharks like to eat our internet. There is no exact explanation why it is happening, but they really like to chew the submarine cables and it can sometimes cut off the whole continent from particular internet services such as Netflix or Amazon. Big companies like Google now wrap their fibres in special very resistant material kevlar to make sure that it is not going to be damaged by sharks. 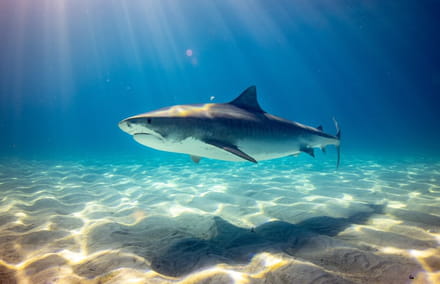 The technique of underwater communication cables is not new. It started in 1858, over 160 years ago, when European and North American continents were connected by telegraph thanks to the 2,500 mile long and 0.6 inch wide cable in the middle of Atlantic Ocean. 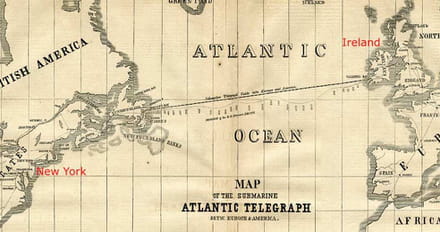 Even though it seems that the future is about cosmos, satellites and interplanetary travel, we’re not quite there yet. Underwater cables play a huge part in global Internet connection. The only one continent that has not linked physically to the global Internet is Antarctica. It relies on satellites, and it’s not the fastest nor the strongest connection. Internet connection only with satellites can cause bit loss and latency, whereas underwater optic fibres can transfer information with 99.7% of the speed of the light.

Repairing an underwater solid cable doesn’t seem like an easy thing to do, especially considering the quantity beneath the ocean. However, during all these years, there are some techniques that work better than others. When a submarine wire is broken, there are special repair ships that come across. For shallow cables there are robots that go down to grab them and fix them from above the water. When the cable is located really deep in the water (6500 feet or more), ships lower specially designed grapnels to get the cables to the surface and fix them. Sometimes, they cut the cable in two to make it easier to get out of the water. 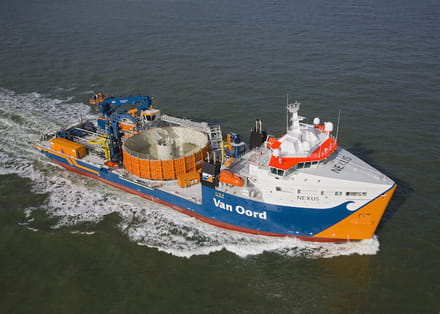 Related
This document, titled « How the Internet Works Undersea », is available under the Creative Commons license. Any copy, reuse, or modification of the content should be sufficiently credited to CCM (ccm.net).
Next