The Search icon with the magnifying glass seems so familiar nowadays: almost every interface, every computer or web browser, any mobile device has it. However, have you ever thought of why and how it became the ultimate symbol of search? Does Sherlock Holmes have something to do with it? Read on to discover the curious and quite surprising story behind the search icon. 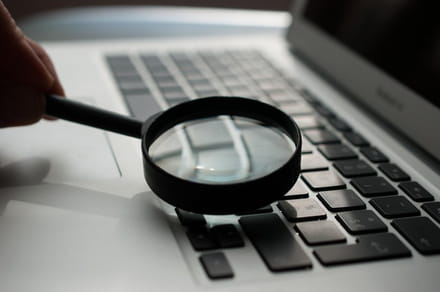 What Is the Story Behind the Search Icon?

Wherever we go in the digital world, if we need to find something, we are automatically looking for this common symbol – the magnifying glass. Every website, browser or social network has it on its interface. Sometimes it is also used as a zoom tool to see something closer, which rhymes very well with the image of a detective, let’s say, Sherlock Holmes, looking for details and pieces of evidence. However, not everything has a reason.

The search icon represented as a magnifying glass was created by interface designer Keith Ohlfs, who worked as a designer and illustrator for NeXT company founded by Steve Jobs after he left Apple. Ohlfs was responsible for the NeXT Workspace Manager interface that was the main part of the NeXTSTEP operating system. 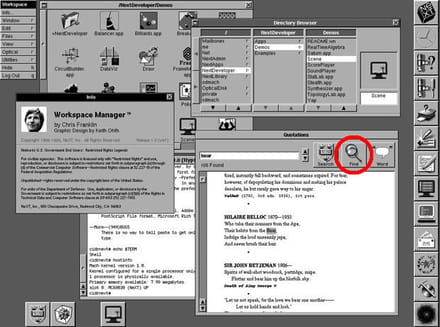 “We used the magnifying glass in a few places… In the case of the ColorPicker, the functionality defined the use of the icon, as you move the magnifying glass around the screen to “zoom” the pixels so you can see the colors you have to choose from. For the other two cases, I think it was more trying to equate the magnifying glass with “finding a needle in a haystack”, and for that metaphor, a magnifier would be more useful than say, a pair of binoculars, a librarian, or a telescope. Plus, I killed three birds with one stone and actually got some sleep that night”,– says Keith Olhfs.

After that, the trend was caught on by Apple’s Newton OS and Palm OS, operating systems for handheld computers. Next, it was Windows 95 and Mac OS 9, who also used this symbol. Funny, but there were also binoculars and flashlight icons for earlier Netscape Navigator browsers, and even the famous Sherlock Holmes hat symbol from Mac OS 8.5, that also have lost out to the magnifying glass. 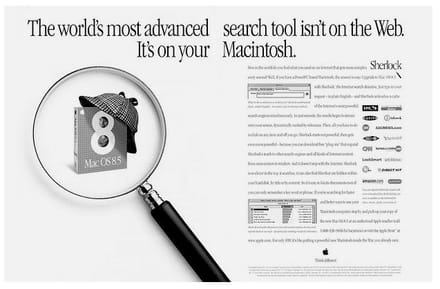 Related
This document, titled « Search Icon: Does Sherlock Holmes Have Something To Do With It? », is available under the Creative Commons license. Any copy, reuse, or modification of the content should be sufficiently credited to CCM (ccm.net).
Previous

Page Not Found: Where Is the 404 Error Coming From?
Why Does the Menu Icon Look Like a Hamburger?