Have you ever thought of the origins of everything on the Internet? For example, what was the first song posted online? Or the very first YouTube video? Or maybe the first cover art? In this article, we tell you the story of Les Horribles Cernettes, the band founded by CERN employees and employees girlfriends and how their band photo became the first one on the web. 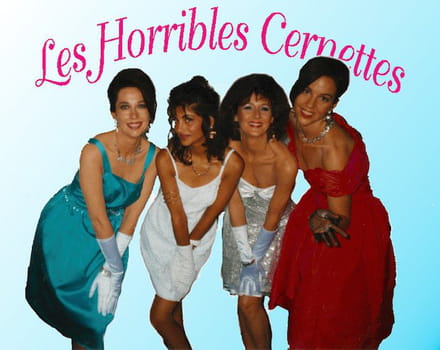 What Was the First Cover Art on the Internet?

The parody pop band Les Horribles Cernettes was founded by the female employees and employee’s girlfriends of CERN who were performing at the CERN music festival. The acronym of Les Horribles Cernettes at the same time was LHC – the abbreviation of the Large Hadron Collider, that CERN was building at this time. Their songs were dedicated to various physical phenomena, scientists lives and other CERN-related matters in a funny and ironic way. Songs like “Every Proton of You”, “My Sweetheart is a Nobel Prize” and others were very well received by the public. One song was even dedicated to the Collider with such lyrics:

I try the network but you crash the gateways
You never spend your nights with me
You don't go out with other girls either
You only love your collider.

The group became extremely popular and got invited to various scientific conferences and events.

In 1992 Tim Berners-Lee decided to post the picture of Les Horribles Cernettes online. And this is how it appeared on the World Wide Web. It was considered as the first photo on the web ever, though in the official statement of Les Horribles Cernettes they said that “Nobody knows which was the first photo on the web. But our photo was one of those that changed the web, from a platform for physics documentation to a media for our lives. It was the portal that opened the Web to music and arts, and to anything fun!”. So, the photo might not be the first one, but the cover art is.

The ex-analyst of CERN Silvano de Gennaro told how the photo first appeared online:
”Back in 1992, after their show at the CERN Hardronic Festival, my colleague Tim Berners-Lee asked me for a few scanned photos of "the CERN girls" to publish them on some sort of information system he had just invented, called the "World Wide Web". I had only a vague idea of what that was, but I scanned some photos on my Mac and FTPed them to Tim's now famous "info.cern.ch". How was I to know that I was passing an historical milestone, as the one above was the first picture of a band ever to be clicked on in a web browser!"

The funny fact is that you can still listen to Les Horribles Cernettes on Soundcloud.

Related
This document, titled « Les Horribles Cernettes: The First Cover Art on the Web », is available under the Creative Commons license. Any copy, reuse, or modification of the content should be sufficiently credited to CCM (ccm.net).
Previous

How Can Tech Companies Prevent Earthquakes and Other Natural Dis

What Was the First YouTube Video?
How Can Tech Companies Prevent Earthquakes and Other Natural Dis