LiDAR technology has been around for some time now, and today, it is widely used, for example, in autonomous cars. The latest iPhone models - iPhone 12 Pro and iPhone Pro Max - are using it as well. If you have one of these two models, you might have noticed a black dot near the camera lens - this is the LiDAR sensor. But what is LiDAR? How does it work and is it worth it? The present article is an introduction to LiDAR technology, so if you want to learn what it is about, then keep reading! 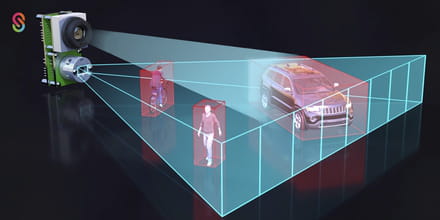 LiDAR stands for Light Detection and Ranging and it’s a technology that is used for remote sensing (determining the distance) of an object on the Earth’s surface. This method’s most frequent applications include high-resolution mapping and 3D scanning, especially when it comes to geology, geography, geomorphology, seismology, surveying, geodesy, geomatics, atmospheric physics, archaeology, but also laser guidance, airborne laser swath mapping (ALSM), and laser altimetry.

How does LiDAR work?

As you might have guessed it, LiDAR uses light. The principle is simple: a pulsed laser ray is projected on an object and then the time for the reflected light to return to the receiver is measured. This instrument is composed of a laser, a scanner, and a GPS receiver.

So what is the difference between LiDAR and RADAR? Radar stands for Radio Detection and Ranging and uses radio waves. Pulsed or continued radio waves are projected on an object that reflects them - this makes it possible to locate it and define its speed. Although the two methods have the same purposes and look similar, they are not the same: the biggest difference is the wavelength. While the wavelength of RADAR is between 3mm and 30cm, the one of LiDAR is in the micrometer range. A standard RADAR resolution is between a few meters and 100 meters and it is very good for detecting objects at long distances, however, the size of the antenna limits the lateral resolution. 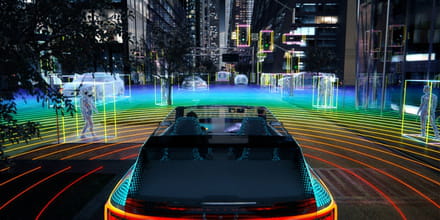 How accurate is LiDAR?

As noted above, LiDAR’s wavelengths are lower than the one of RADAR, which makes it more suitable for detecting smaller objects, with a better precision (more details). In general, studies tell us that the airborne LiDAR technology is very accurate.

iPhone 12 Pro and iPhone 12 Pro Max have LiDAR camera technology - this was first tested in iPad Pro. As we mentioned above, this means that pulsed rays are projected on an object, whether only one ray is projected with other cameras. However, we’re talking about infrared dots, so this is invisible for the human eye - in addition, the sensors work within a range of 5 meters. A great advantage of integrating LiDAR is that it adds more depth to the photos. 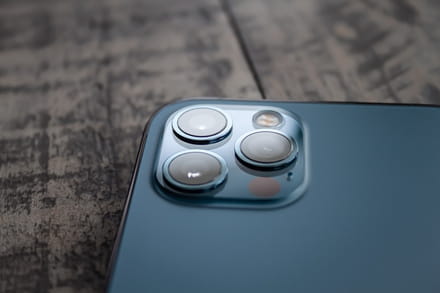 LiDAR is especially useful for taking photos in low light environments - not only when it comes to details, but it is also faster. With the Measure app, you can also see the exact distances and measures of objects more accurately than on older iPhones.

There are other third-party apps that offer cool features thanks to the LiDAR integration, such as creating 3D models of the environment and for augmented reality purposes.
Images: Sentech; Osram; Unsplash: @jamesyarema

Related
This document, titled « What is LiDAR technology? », is available under the Creative Commons license. Any copy, reuse, or modification of the content should be sufficiently credited to CCM (ccm.net).
Previous

What are data trusts and how would they work?

What is Pegasus Spyware

What are data trusts and how would they work?
What is Pegasus Spyware