The concept of Inheritance is specific to object oriented programming, where a new class is created from an existing class. Inheritance (often referred to as subclasses) comes from the fact that the subclass (the newly created class) contains the attributes and methods of the parent class. Where polymorphism is related to object methods, inheritance is related to classes and (their hierarchy). 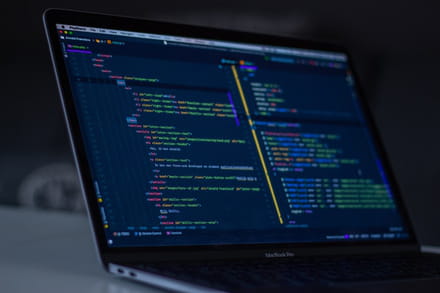 The parent-child relationship between classes can be represented in a hierarchical view often called class tree view. The class tree view starts with a general class called superclass (sometimes referred to as base class, parent class, ancestor class, mother class or father class), there are many genealogical metaphors). Derived classes (child class or subclass) become more specialized further down the tree. Therefore we usually refer to the relationship that links one child class to a parent class by the phrase "is a(n) " x of y).

Some object oriented languages, such as C++ allow multiple
inheritance, meaning that one class can inherit attributes from two superclasses. This method can be used to group attributes and methods from several classes into one single class.

There are two main advantages of inheritance.

The first one is the ability to define new attributes and new methods for the subclass which are then applied to the inherited attributes and methods. This can be used to create a highly specialized hierarchical class structure.

The second biggest advantage is that there is no need to start from scratch when wanting to specialize an existing class. As a result, class libraries can be purchased, providing a base that can then be specialized at will (the company selling these classes tends to protect member data using encapsulation).

Related
This document, titled « OOP - Inheritance », is available under the Creative Commons license. Any copy, reuse, or modification of the content should be sufficiently credited to CCM (ccm.net).
Previous