MP3 file format (short for MPEG Audio layer 3) is a lossy audio data compression format, developed by the International Organization for Standardization (ISO). This format is used to compress normal audio formats (WAV or CD audio) at a rate of 1:12. As MP3 files, the equivalent of twelve music CDs take up the same space as one CD-ROM. What's more, MP3 barely alters the perceptible sound quality. 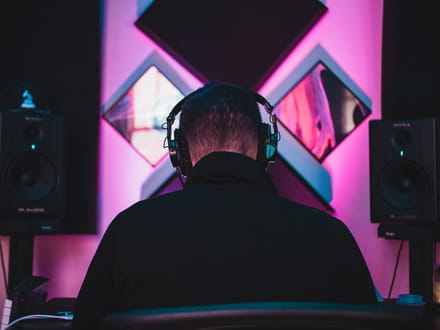 What Is MP3 Format?

MPEG Layer 3 compression involves removing the data corresponding to frequencies inaudible to the average person under normal listening conditions. This compression analyzes the spectrometric components of an audio signal, and applies a psychoacoustic model to them so as to preserve only audible sounds. The average human ear is able to discern sounds between 0.02 kHz and 20 kHz, with sensitivity being at its peak for frequencies between 2 and 5 kHz (the human voice is between 0.5 and 2 kHz), following the curve given by Fletcher and Munson's law.

MPEG compression involves determining which sounds go unheard and can be deleted. Therefore, it is a lossy compression with some data being destroyed.

Gabriel Bouvigne explains:
"When you look at the sun and a bird passes in front of it, you don't see it, because the light from the sun is too bright. Acoustics are like that. When there are loud sounds, you don't hear the quiet sounds. Take an organ, for example: When an organist isn't playing, you can hear whistling in the pipes, and when they are playing, you can't hear it anymore, because it's masked.”

Thus, not recording every sound is the main principle behind MP3 and saving space.

Often, certain passages of a musical recording cannot be encoded without changing the sound fidelity. Therefore, MP3 uses a small bit reservoir, that works by using passages that can be encoded at a lower bit rate than the rest of the data.

Most Hi-Fi sound systems use a single boomer (that produces the bass). However, it doesn't sound like the audio is coming from the boomer, but from the other speakers. Below a certain frequency, the human ear cannot tell where a sound is coming from. The MP3 file format can (optionally) take advantage of this phenomenon by using the joint stereo method. This means that certain frequencies are recorded in mono, but they are accompanied by additional data in order to sound more like a multi-speaker setup.

The Huffman algorithm is an encoding (not compression) algorithm, that takes effect at the end of the compression process, by creating variable-length codes over a large number of bits. The codes have the advantage of a unique prefix, but they may be correctly decoded despite their variable length, and this can be done quickly with the use of tables. This type of encoding saves, on average, a little under 20% of the space taken up.

When sounds are pure (i.e., there is no masking), the Huffman algorithm is very effective, as digital audio contains many redundant sounds.

With MP3 compression, a minute of CD audio (at a frequency of 44.1 kHz, 16 bits, stereo) takes up only 1MB. An average song, therefore, is 3 or 4 MB, which makes it possible to download it even when using a modem.

As the MP3 format is only a way of compressing digital data, it is not illegal. However, its use sometimes can be. When using MP3s, take care to obey copyright laws: You can make a backup copy of a song, if you own the original, but you cannot download or store music from an artist, if it is subject to copyright. It is not very likely that you can do so with a song you want to download (such as one played on the radio).

Related
This document, titled « What Is MP3 Format? », is available under the Creative Commons license. Any copy, reuse, or modification of the content should be sufficiently credited to CCM (ccm.net).
Previous