Representing (or encoding) a number means to express it in a binary form. Representing numbers in a computer is necessary in order for it to be able to store and manipulate them. However, the problem is that a mathematical number can be infinite, but the representation of a number in a computer must occupy a predefined number of bits. The key, then, is being able to predefine a number of bits, and how to interpret them, so that they can represent the figure as efficiently as possible. In this article, we discuss the representation of natural and real numbers and integers in a computer. 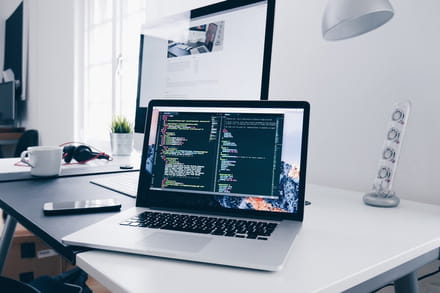 Representation of a Natural Number

To represent a natural number, having defined how many bits will be used to code it, arrange the bits into a binary cell, with each bit placed according to its binary weight from right to left, then fill the unused bits with zeroes.

Representation of an Integer

An integer is a whole number that can be negative. The number must therefore be encoded in such a way as to tell if it is positive or negative, and to follow the rules of addition. The trick involves using an encoding method called two's complement.

The principle of two's complement:

Note that by adding a number and its two’s complement the result is 0.

Let's see this demonstrated in an example:

The highest-weighted bit is 1, so it is indeed a negative number.

Representation of a Real Number

This standard offers a way to code a number using 32 bits, and defines three components:

However, there are some restrictions for exponents:

However, they are sometimes used to report errors. This numeric configuration is called NaN, for Not a number.

Thus, the formula for expressing real numbers is:

Here is another example, this time using a negative real number: the value -0.625 is to be encoded.

Related
This document, titled « Representation of Real Numbers and Integers », is available under the Creative Commons license. Any copy, reuse, or modification of the content should be sufficiently credited to CCM (ccm.net).
Previous