a cool game developed by LEGO where you can play and build various buildings, robots, cars, etc.

Everybody remembers and loves the famous LEGO game. You can now try it in the digital version. LEGO Digital Designer is a game allowing the creation of 3D models of buildings, electronics, robots, etc. 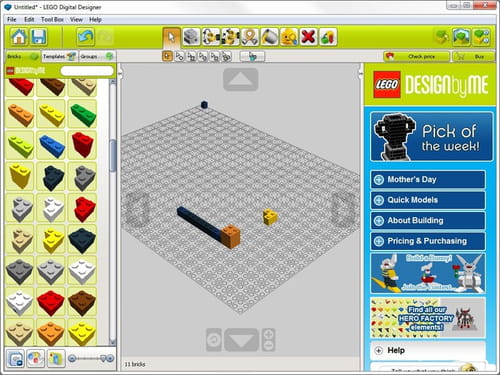 The LEGO Digital Designer is also compatible with Mac computers.