Download Jpcsp (EN)
You may have already heard about the famous emulator PCSX PCSX2 that had been designed for PlayStation 1 and PlayStation 2. Jpcsp is the most highly developed PlayStation Portable emulator. 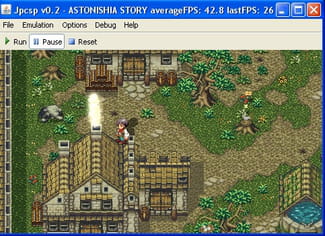 Alternative spelling: jpcsp0.5win(rev1379).zip
Latest update on June 8, 2016 at 12:54 PM.
thanks
when I open it all this writing comes up to quick to read and then it exits the program. what do i do
beautiful!!
wooow i was just lukin' 4 this soft ware
nice