Designed by the mathematician-programmer Ilya Morozov, Balabolka is a free text-to-speech (TTS) utility based on the Microsoft Speech API (SAPI). The word Balabolka is a Russian word meaning "chatterbox" in English. 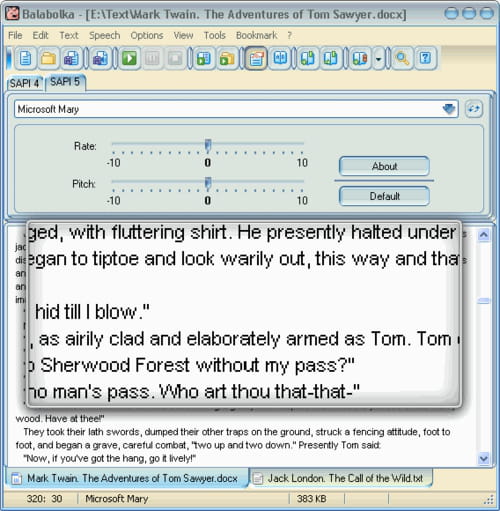