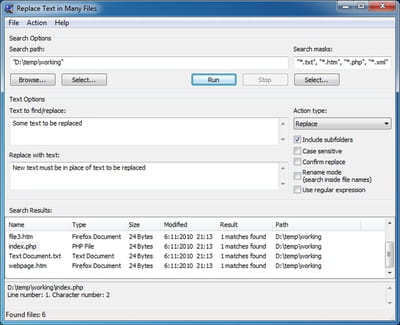 Search-replace: The program has this efficient feature in which it is possible to perform search process and effectuate the modification at the same time. It also has the ability to replace multiple text files simultaneously.


Location: Replace Text allows the user to freely choose the destination of the replaced files. He just has to select the folder of his choice or even a sub-folder or just let the file with in its original.

Report: A program is not useful if it never let the user know what is happening. But with this utilitarian, he is given a report at the end of each operation letting him know which one was successful and which one failed.

The download of Replace Text is completely free of charge.

It is programmable and able to perform whatever the user is asking. 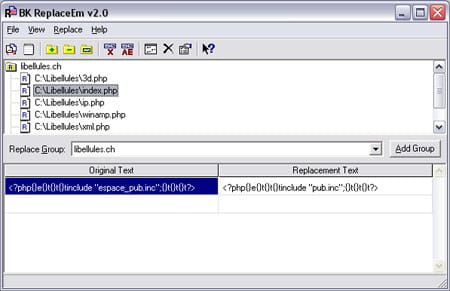