Download K-3D (EN)
3D modeling and animation have never been easy to master. K-3D is an animation and modeling software that has been developed by K-3D.org and offering several traditional features. 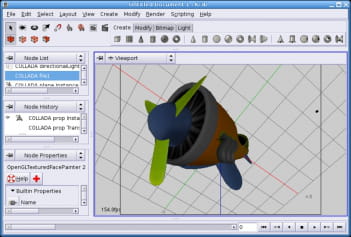