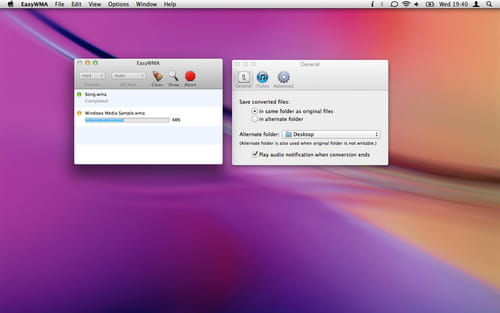 Developed by the open-source community since 1998 LAME, (Lame Ain't an MP3 Encoder) is the Hydrogenaudio recommended MP3 encoder. LAME outperforms all commercial MP3 encoders and other free ones.

Key features
- Encoding and decoding improvement: thanks to its speed over ISO reference software, its MPEG1,2 and 2.5 layer III encoding as well as its CBR (constant bitrate) and two types of variable bitrate, VBR and ABR. Moreover, encoding engine can be compiled as a shared library. It can do the encoding faster than real time on a PII 266 at highest quality mode.
- Modification and changing: the editor has changed some features for their improvement. One of these changes is the filter registration information so that the MP3 audio subtype can be correctly reported and being supported on the encoder output pin. Thanks to that, the third-party encoding applications can use the DirectShow IFilterMapper2 Interface so as to recognize that the LAME encoder supports MP3 output.
- The Filter Merit Value that was being used when the filter was registered has been altered so that it is now using the standard DirectShow compressor filter merit value of MERIT_DO_NOT_USE (0x200000). In the previous version, the filter was being registered using a value of MERIT_SW_COMPRESSOR (0x100000), which is for sure a worse priority than MERIT_DO_NOT_USE. This has been changed to prevent the LAME Encoder filter from being selected for use by some third-party encoding applications.