Download SnapShot (EN)
SnapShot by Bluefive software is a video and audio capture program. It is characterized by programming option to automatically perform screen captures. 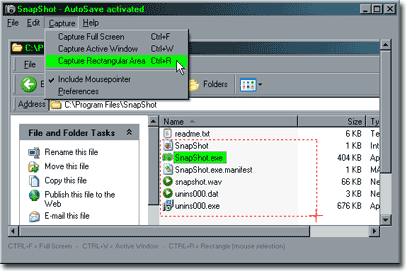