Switch Sound file Converter from NCH Software brand is a handy software that supports almost all existing popular audio formats and makes it easy for you to convert and edit audio files. 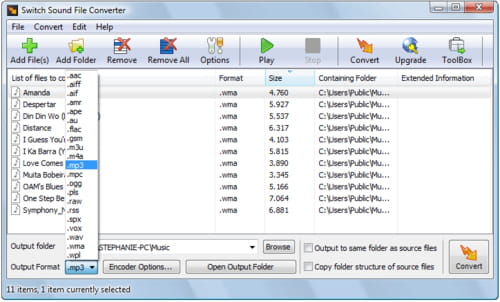