Nowadays, a large number of screen savers are offered. Easy 3D Creator is among the software which allows the user to create some. It enables him to have personalized screen savers. 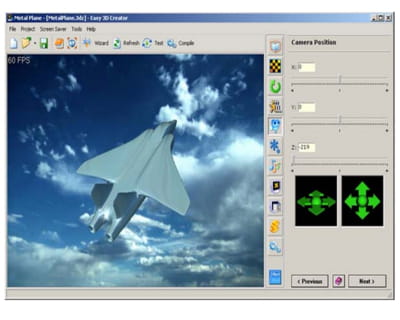 Creating: As mentioned above and as its name already suggests, the software is used to create screen savers in 3D style. The user's monitor will display three-dimensional elements during its standby. He can use personal pictures or logos for that.

Templates: Easy 3D Creator has several pre- defined screen saver templates and offers the user the possibility to pick them if needed. The choice varies from simple to more complicated screen savers, and he can use them according to his preferences.

Editing: In order to customize the user's screen savers, this program also gives different tools enabling him to define parameters like the appearance. The behavior during the standby such as movement or rotation can also be specified.

The download of Easy 3D Creator is completely free of charge.

All the changes that have been made are displayed on a little window.

It is easy to use. 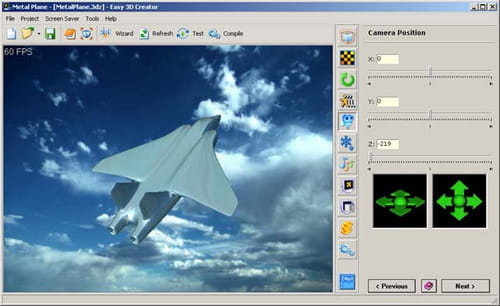