DVDFab Blu-ray 3D Ripper is a utility that can rip and covert DVD disk to popular file formats that can be read by any player. 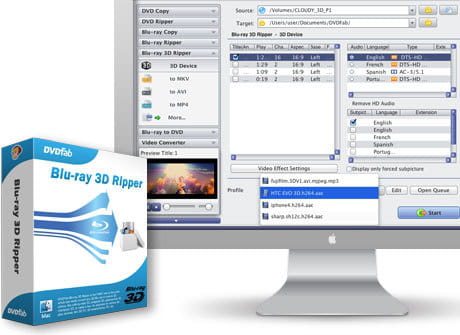