SoundTaste Audio Converter by MEFMedia Systems Co Ltd is a software for converting audio in batch mode. It also helps to join several files into a bigger one. 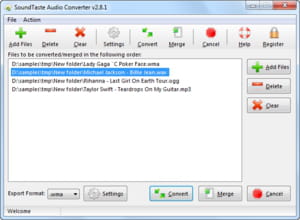