Download JBoss (EN)
With an unrivaled record of more than two million downloads in 2002, JBoss application server is one of the most downloaded and most used software in the industry. JBoss is a J2EE application server (Java 2 Enterprise Edition) which is implemented in Java and open source. 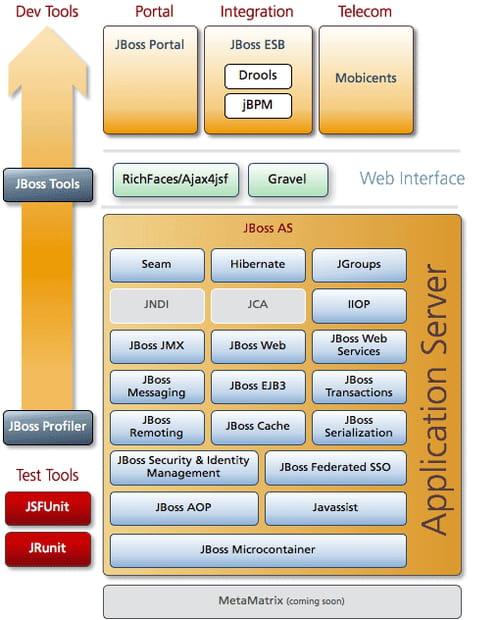