MP3Val is program especially designed to repair corrupted MP3 files. The process is done swiftly with a high quality rendering. It is developed by Alexey Kuznetsov. 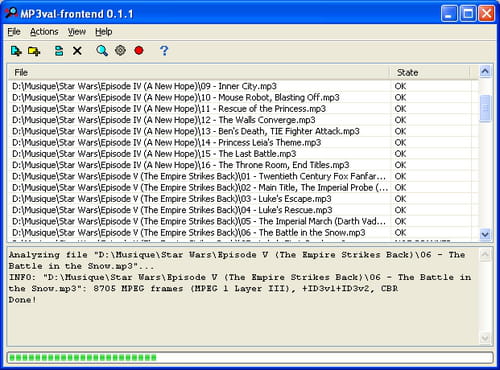