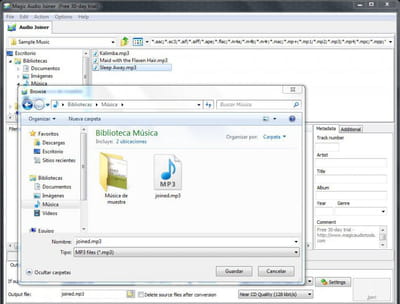 Rapid merging: The program joins many individual audio tracks in a single file without losing their quality. It enables the user to create a "supertrack" or assemble the scattered fragments of a voice recorder in a compilation.


Conversion: Whatever the format type of the files, Magic Audio Joiner has the ability to join them all. It converts each of them on the fly. It supports most of the various popular formats such as AAC, WMA or MP3.

Tag: The software is integrated with a tag editor allowing the user to modify the metadata of each merged tracks or insert additional information. He can for example change the name, the title or the artist.

Player: Magic Audio Joiner has a media player enabling the user to listen to his work before having the final rendering and to check the audio quality. It is possible to insert few silent moments in between or delete them.

It is easy to use. 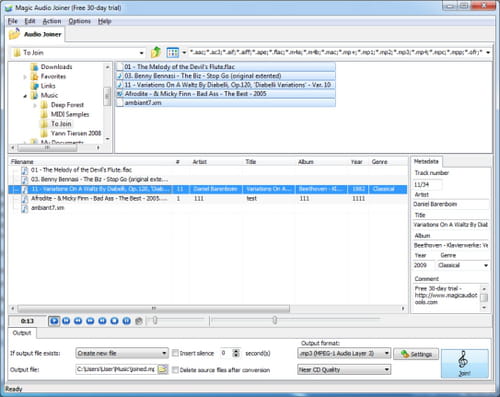