Download DrawSWF (EN)
DrawSWF is a software allowing to draw animation flash without being a graphic designer. Actually, this allows the user to animate his flash according to his imagination. 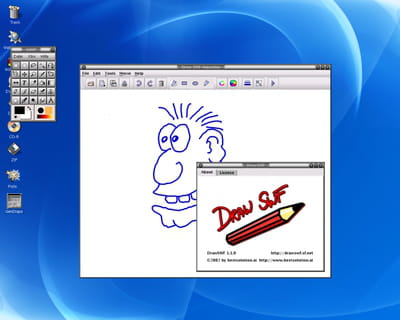 Tools: The software has simple tools for a basic animation. The animation speed is adjusted during files exportation. There is of course a menu allowing the user to preview his animations. It has common tools for changing colors for instance.


Customization: DrawSWF is completely customizable depending on the user's preferences. It also allows importing images where he can make modification like inserting texts. There are some preset shapes allowing the user to choose from as well.

Template: As far as the user is drawing, a window is appearing on the software's interface which shows him his works. It is like an archive where the user can choose from them and use as background images.

DrawSWF is completely downloadable for free.

It is lightweight and will not occupy much place in the user's hard disk.

The software is simple and easy to use.

There is nothing special to report on it.
Share