Aiseesoft Total Media Converter is a full-featured program to encode media files in various popular formats. It also enables the extraction of audio from a video file. 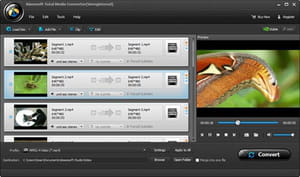