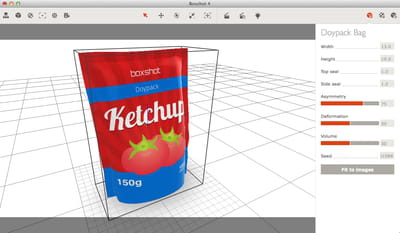 Creation: The software offers many available shapes during the creation of 3D virtual box. What the user has to do is to choose and select them in the library and modify them according to his preferences.


Adjustment: There is a reference grid in Box Shot 4 which enables to improve the location of the objects in the processing window. That allows the precision of the size and the spacing between the images during the process.

Multi-tasks: This program is capable of processing several models at the same time. They can be placed independently on the interface or joined in order to get a mixed style. Importing external files is also possible for the user to customize them.

Export: The virtual boxes created with Box Shot 4 can be saved in different formats. The exportation process allows the user to create images into JPEG, BMP or PNG formats. It lets him share the result online.

Box Shot 4 is an intuitive software for using the mouse is enough to make the creation.

He can animate the box with the built-in sequence rendering tool. 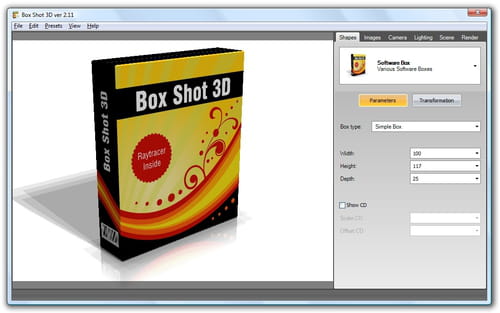 Alternative spelling: Boxshot4Setup32-4.9.exe, Boxshot4Setup32.exe
Latest update on August 25, 2015 at 05:49 AM.
The simplest application in its category.