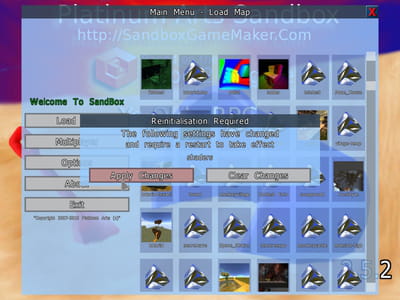 Creation: The software has an interface where the user can select the related buttons for creating characters and games. All the tools which are used to generate 3D images as well as to preview the objects on the window are present.
Programming: Platinum Arts Sandbox 3D Game Maker has a source code generator for each action made by the user. He can create menus and sub-menus as well as the different existing levels. The user can also insert the number of lives. Editing: This program can add the number of players. It can change the interaction of each character according to its environment and offers the user the possibility to use his avatar to see how it works and edit the rest.

Platinum Arts Sandbox 3D Game Maker is an open source software. Its intuitive interface makes it easy to use that even a beginner can create a game.