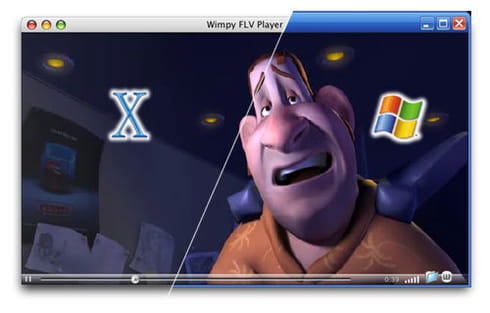 Import: It is quite simple to add a file to play in Wimpy Desktop FLV Player. To do so, the user will only have to perform a drag-and-drop of the selected data to the program's interface, and the file will automatically start playing.
Playlist: With this software, it is possible to create playlists to avoid having to drag-and-drop each item, everytime. The resulting playlist can be exported under different formats, such as TXT, XML as well as RSS.
Extension: This software can be embedded in a web page to serve as an online media player. It is however necessary to have a few web programming notions in order to make use of that feature.
Customization: The Wimpy Desktop FLV Player interface's skin color can be changed to the user's taste. Other customization options are allowed, such as changing the aspect of control buttons.