ScreenRecycler
Download
Download Freeware (1.04 MB)
Mac OS X - English
ScreenRecycler is a software that allows using additional screens with a Mac computer. With this software, it is possible to use the screen of a Windows computer as a second display. 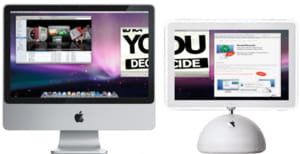 ScreenRecycler provides a significant advantage by offering the ability to use a Windows laptop as an additional screen. The administrator just has to connect his Mac to his Windows laptop or PC and use the latter to create a second display for the first.

This tool can handle multiple computers connected to a local network. It is possible to use these screens as additional ones to the Mac. No need to unplug the screens and to connect them to a single Mac. ScreenRecycler can directly create a display on each one of them using the network.