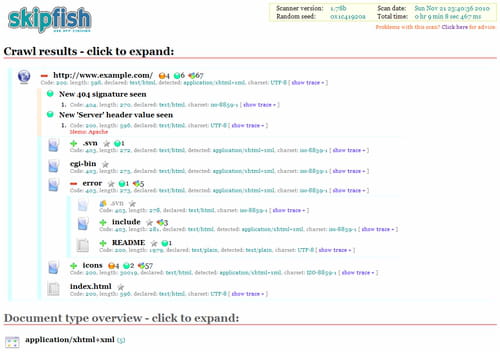 Analysis: Skipfish tests the vulnerability of web applications by sending different queries and observing their reactions. This software is capable of sending up to 2000 requests per second to applications running on a local network and 500 to those hosted on the net.

Status report: this program is able to establish a record of the scan. It is a digital document detailed indicating several data relating to applications to testing behaviors. It shows the links visited as well as the different errors in a tree view.

Scalability: it is possible to change the behavior of analyses according to the needs of the user. Skipfish allows for example to determine the duration of the scans, after which the software will cut connections with the application.

Skipfish is a software open source.

This program provides a relatively fast crawl speed without for as much consuming too much bandwidth.