Private Photo Album is one of the rare tools permitting to encrypt photos and photo albums to that nobody can have access to it. 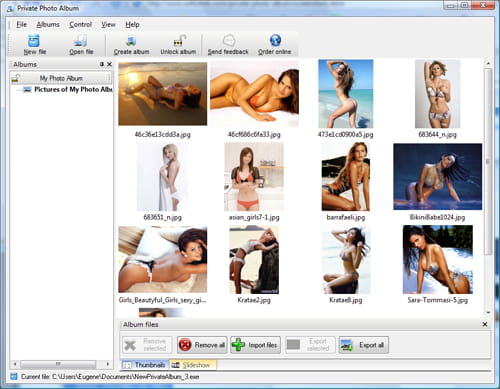