Download Captvty (EN)
Catch-up TV or Replay TV is attracting more and more people in our days. In fact, it seems to be the most practical way to watch TV programs without leaving the computer.

Captvty is a software especially conceived to watch and record TV programs on a computer. 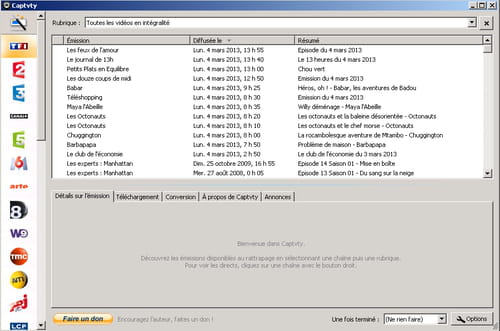