Apart from playing video games on XBOX, view videos in various formats.
Transcode 360 permits to read unsupported video by Windows Media Center over XBOX. This program is designed to run on Windows XP Media Center Edition 2005.
Transcode allows the encoding of videos on- the- fly, your console will only read the stream during the encoding. You should know that the computer on which you have installed the software must be switched on during the reading. 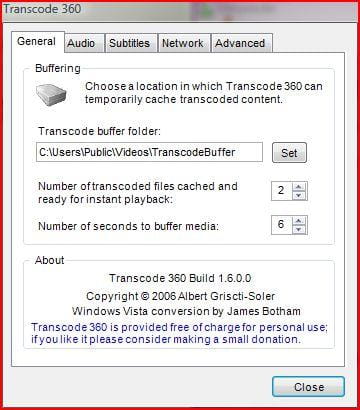