Rylstim Screen Recorder is an application that lets it users record and save the screencast on the computer system. Detailed below are some of its main features. 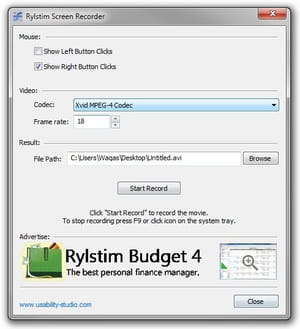