Download AmazingMIDI (EN)
Although there are numbers of tools for audio conversion, AmazingMIDI remains one of the most efficient and resourceful. It is allowing converting a WAV into MIDI for music transcription. 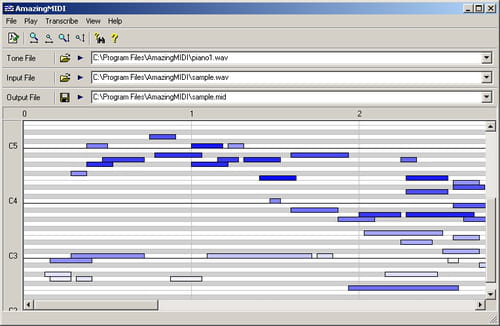