Asphalt 8: Airborne
Download
Download Freeware
iPhone - English
Asphalt 8: Airborne is the eight's version of the racing video game available for free on iOS. It is quite similar to the Asphalt 7: Heat thanks to the four control options available there that are Tilt to Steer, Tilt and icons, On-screen controls and Tap to steer. Other modes from the previous versions are also kept. This version offers gamers to perform car acrobatics to gain in speed. 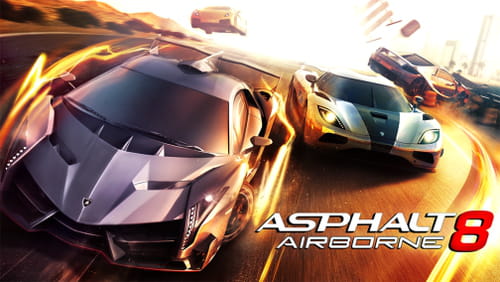