A cool app to start your rap career!

AutoRap by Smule is a free program that can turn a simple voice recording into rhyming. This app is carefully mapping syllables of the recorded speech to match any beat and create a rap song with FreeStyle Beats. Thanks to the Premium Songs (from artists), users can profit from new and famous songs and beats of legendary artists. 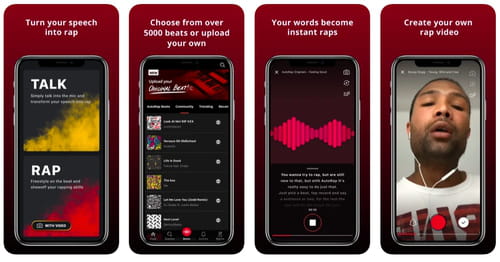 You can also download the app on your iOS devices.