MONOPOLY
Download
Download Commercial
iPhone - English
MONOPOLY is the iOS version of the famous America-originated board game MONOPOLY. Just as with the real version, rules, board and the equipment remain unchanged. The two dice are in 3D and a shake of the device can roll them to any location on the MONOPOLY board. This application is a multi-player game. 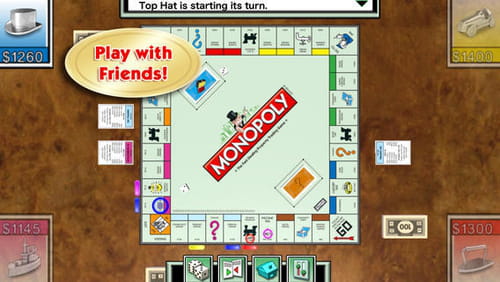