Can You Escape is an addictive puzzle game designed for both iPhone and iPad and other devices using iOS. The aim of the game is to break out of rooms by solving puzzles and finding the hidden objects. Veiled objects are keys to go out of a room and access another level. Note that levels are difficult as long as a room is opened. It is developed by Kaarel Kirsipuu. 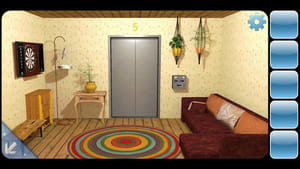