Castle Clash is an action and arcade game especially designed and published by IGG.COM. The aim is to create an army that is going to protect a fortress. Weapons and heroes can be selected depending on the gamers' inspirations and needs. This application is destined for iPhone and iPad. This is also the first Strategy Game of 2013. 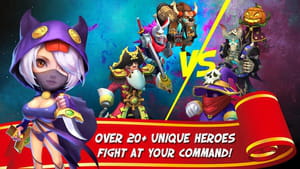