it's a cool app that makes 360 degrees photos and videos! 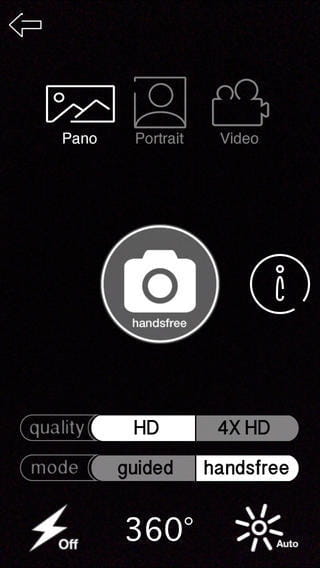 It is also available for Windows phones.