Flipagram for iPhone
Download
Download Freeware
iPhone - English
Flipagram is well-known application that enables to transform pictures into videos with favorite music as background. A preview mode allows users to do and redo the creation at any time. After that, the app allows sharing this artwork on social networks or save it on the Camera Roll for later use. It is developed and published by Cheerful Inc. 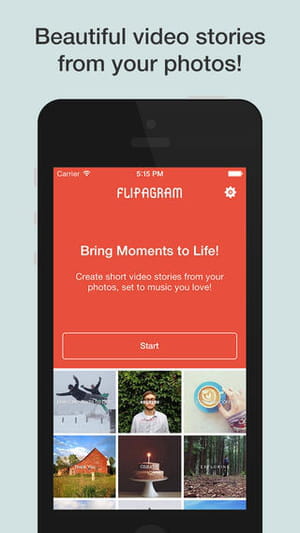