A Better Camera Unlocked is the paid version of A Better Camera, the camera app for Android phone. Images taken via this application are of unique and high-quality. It also enables to enhance and edit the image. This application is developed and published by Almalence. New features have been added to this version and some bugs fixed. 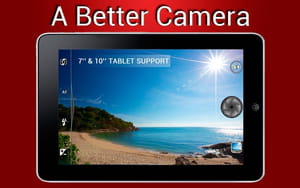