Adventure With Companions is a 3D game developed by Robledo Software LLC. The player's aim is to create his own world with materials provided by the application. It can be played with other online players requiring Internet connection, obviously. Other features are put at user's disposal and some of them are detailed below. 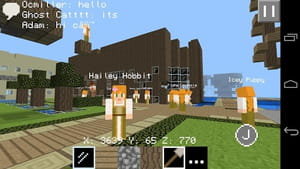