AirSync: AirPlay & iTunes Sync
Download
Download Commercial
Android - English
Developed and published by Double Twist, AirSync: AirPlay & iTunes Sync is nicknamed by several users as the iTunes for Android. This is probably due to the fact that the app enables to synchronize iTunes and Airplay on Android mobile phones or tablets. This does not require the installation of iOS. It helps to sync music, photos and videos. 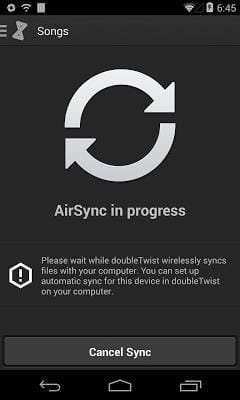