Bejeweled Blitz
Download
Download Freeware
Android - English
Bejeweled Blitz is a puzzle game for mobile phones and tablets. This version especially works on Android. Players used to enjoy this game on Facebook but now it is downloadable on several platforms. As a puzzle game, players have to match three or more sparkling gems to level up and challenge friends on Facebook. This game is developed and published by PopCap Games. 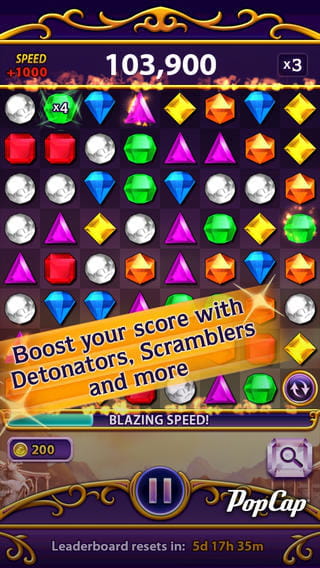