Crime City (Action RPG)
Download
Download Freeware
Android - English
Crime City (Action RPG) is a Role Playing adventure Game that can be played on all Android devices. The gamer will have to build his criminal empire and start knocking down neighbors, steal valuable loot and other bad deeds. All weapons are made available at player's disposal to beat all foes. This action game is developed by GREE Inc. 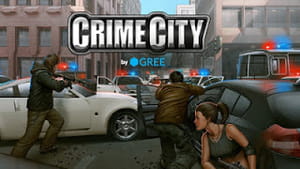