Emulator Games Database
Download
Download Freeware
Android - English
Emulator Games Database is an application for emulating video game console's behavior. Thanks to this app, gamers can easily enjoy retro games or hacked games on the Android mobile phones or tablets. It contains all the most famous emulator apps that are available on Google Play. This application is developed and published by Echang Net Inc. 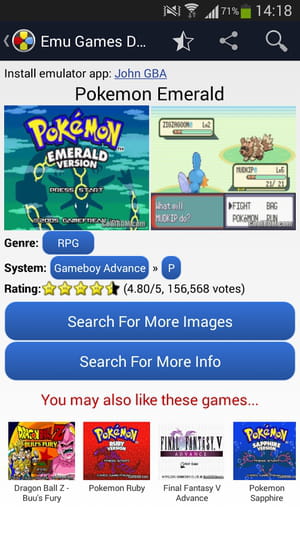