Fishing Saga
Download
Download Freeware
Android - English
Fishing Saga or best known as Fishing Hunter is a fishing game where the player is called to hunt in the vast sea. With the fish cannon, the player is expected to fire net to catch fishes and at the same time collect dolls and win coins. The game is optimized for Android tablets and mobile phones. This fishing game is developed and published by 4amob. 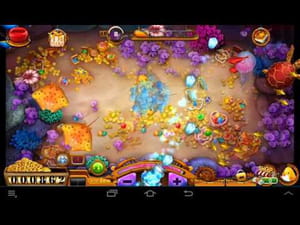