FPse for android
Download
Download Commercial
Android - English
FPse for Android is an application designed to emulate PSone games on Android. It supports both images/sound with good quality and is easy to handle. The emulated games are handled via touch screen and hard keys. Thanks to the OpenGL extension, this app provides graphics of high quality and the best rendering concerning the sound quality. 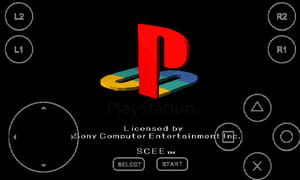 Apart from the game, FPse for Android is also endowed with the ability to emulate the audio tracks thanks to a .cue file. For shooting and action games that may require a GunCon; know that the app also supports GunCons. It also supports analog sticks as well as various game peripherals such as accelerometer. So as to fully enjoy PSone games on the Android device, the player has to create an ISO image file. FPse for Android supports a wide range of image formats such as .img or .nrg. Concerning audio files, FPse for Android emulates .bin and .cue file formats. This application gives the user the ability to save some game sessions at any time while playing on an emulated game. Recordings are done in real time. This means that the player can quit the game and resume the game where he had stopped. Even for games requiring several players, FPse for Android can emulate them. Indeed, it makes it possible to experience LAN multi-player mode with up to two Android devices. Searching for online cheats is also enhanced.