HellFire: The Summoning
Download
Download Freeware
Android - English
HellFire: The Summoning is a multiplayer collectible card game which is available for Android devices (mobile phones and tablets). The gamer will have to evolve creatures and summon skills in order to close the Gates of Hell. It can be played with several online players. The game is developed and published by Mobage. 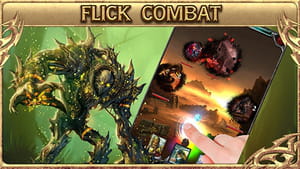