Cocoon Software Quick Media Converter
Download
Download Freeware (25.8 MB)
Windows 2000 Windows XP Windows Vista - English
When a media player has the appropriate codecs, it can carry out different types of actions such as the conversion of audio and video files in any format. Cocoon Software Quick Media Converter can put video files in the format of your choice. 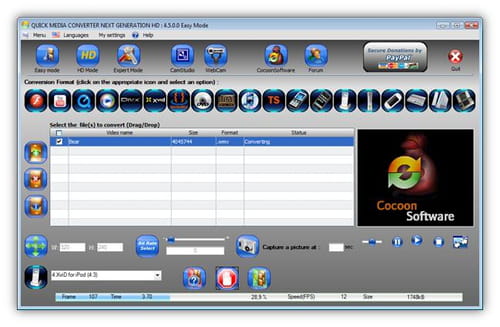